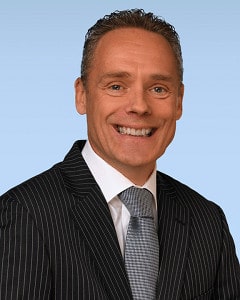 San Jose, CA – Lumileds announced today that Leon Pikaar has been appointed as Vice President and General Manager of its LED Solutions Business Unit. Mr. Pikaar brings more than 30-years of experience in the LED and lighting industry and an extensive tenure at Philips Lighting and Lumileds where he has led international business organizations, strategic accounts, and developed the specialty business in camera flash, display, and UV markets.

Mr. Pikaar’s career started at Philips Lighting in The Netherlands. He was soon transferred to Brazil where he became the Regional Manager Latin-America for lamp drivers. In 1999, he joined the team that founded Lumileds as a joint venture between Hewlett Packard and Philips after which he became responsible for sales and marketing of specialty lamps for Philips Lighting in Europe. Prior to his new role, Mr. Pikaar was Head of Marketing for the LED Solutions Business Unit after having served as VP of Sales and Marketing at RayVio, a startup company in UV-B/C LEDs.

“Leon has been at the tip of the spear for Lumileds for more than two decades and I couldn’t be more pleased to have him leading our LED Business Solutions Unit,” said Matt Roney, CEO. “The LED Illumination and Specialty side of our business is in great hands.”

Mr. Pikaar has enjoyed successful overseas assignments, is fluent in multiple languages, and holds a Bachelor’s degree in Mechanical Engineering from Tilburg Polytechnic in The Netherlands.